The Bay of Bengal impacts more of humanity than any other ocean in the world. It nurtures the South-Asian summer monsoon, a tremendous ocean-atmosphere-land phenomenon that delivers freshwater to more than a third of the human population on this planet.  During the summer, southwesterly winds gather moisture from the ocean and head inland deep into the Indian subcontinent, bringing welcome rains to a parched land. During winter, the winds reverse to northeasterly, the ocean circulation responds, and disperses the terrestrial freshwater runoff concentrated in the northern bay. Because the atmosphere derives its moisture and heat source for convection from the ocean, the interplay between ocean and atmosphere is crucial for the development and sustenance of the monsoon. Likewise, the monsoonal freshwater impacts the ocean’s structure and circulation in numerous ways, through feedback on sea surface temperature and air-sea fluxes, and with consequent substantial impacts on the biogeochemistry of this ocean basin. (Mahadevan et al., 2016, doi:10.5670/oceanog.2016.34)

ASIRI is an ONR-funded, multi-institution, international program that examined the role of the ocean on the monsoons. We conducted several research expeditions in the Bay of Bengal between 2013 and 2018 to study the interplay of processes, ranging from  bores, fronts, filaments and eddies,  in setting up the air-sea interaction. 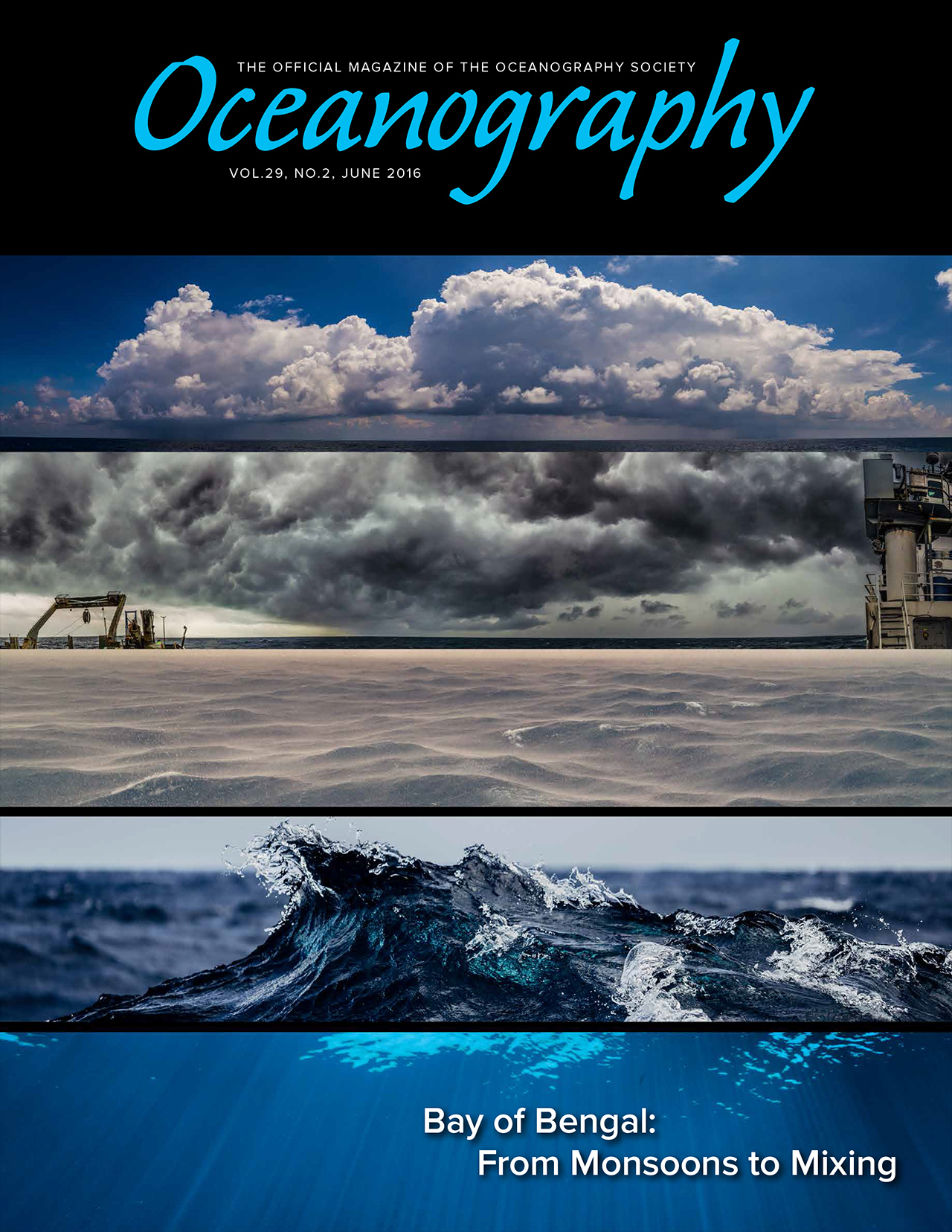