In the summer of 2016, Sebastian Essink participated in the Helmholtz Institute’s observational campaign to study submesoscale eddies in the Baltic Sea that evolve on time scales of less than a day. An airship and airplanes were used to obtain thermal imagery and track chlorophyll at meter-scale resolution. Coastal research vessels operated from the island of Bornholm and used towed instruments to measure the physical and biological structure in situ.

Pictures show the coast viewed from the Zeppelin, Sebastian on the deck and in the lab of the R/V Prandtl, and the speedboat R/V Eddy, which also towed instruments. 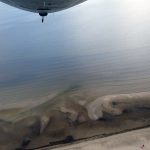 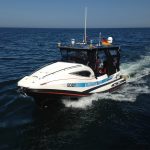 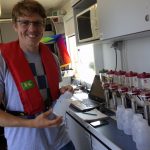 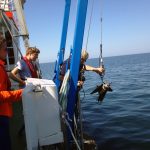